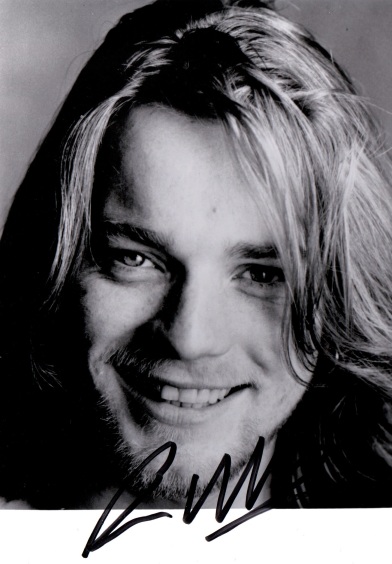 Ewan McGregor OBE is a Scottish actor. McGregor’s first professional role was in 1993, when he won a leading role in the Channel 4 series Lipstick on Your Collar, since then he has starred in such movies as Trainspotting, Moulin Rouge and the Star Wars prequels.