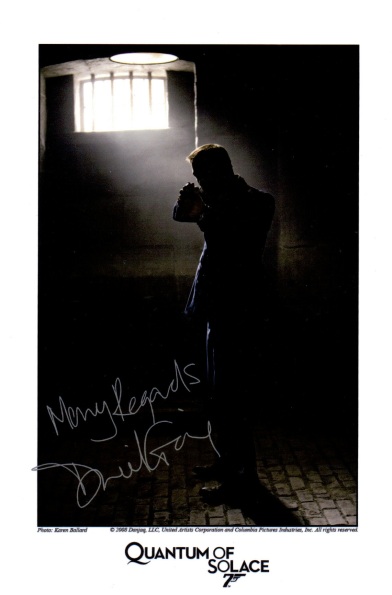 Daniel Craig is an English actor most famous for playing fictional British secret agent James Bond in Casino Royale, Quantum of Solace, Skyfall and Spectre. Since taking the role of Bond, he has continued to star in other films, including Defiance, Cowboys & Aliens, The Girl with the Dragon Tattoo. Craig also made a guest appearance as Bond in the opening ceremony of the London 2012 Olympic Games, alongside Queen Elizabeth II.