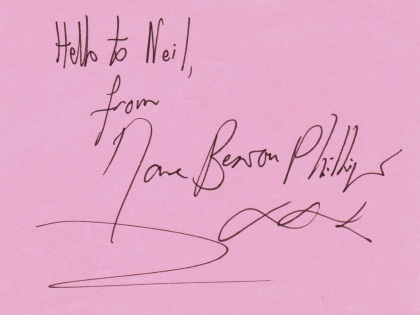 Dave Benson Phillips is a British entertainer and television presenter who hosted the children’s TV programme Get Your Own Back.

Acquired in person outside rehearsal rooms in central London 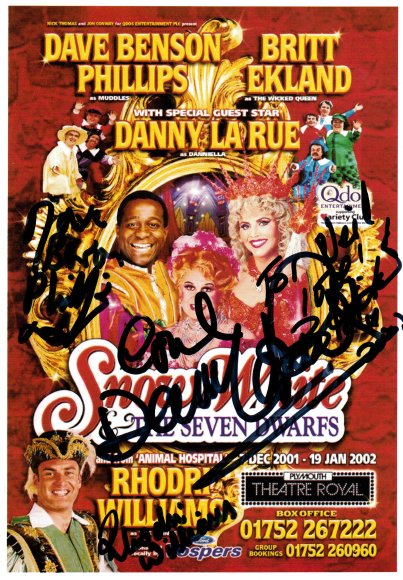 Acquired while actors appearing in Snow White at the Theatre Royal, Plymouth – December 2001.